Ralphie: “Among all the viciousness, the stoneheartedness and humdrum cruelty of the masses, a kind gesture shines like a brilliant beacon!” 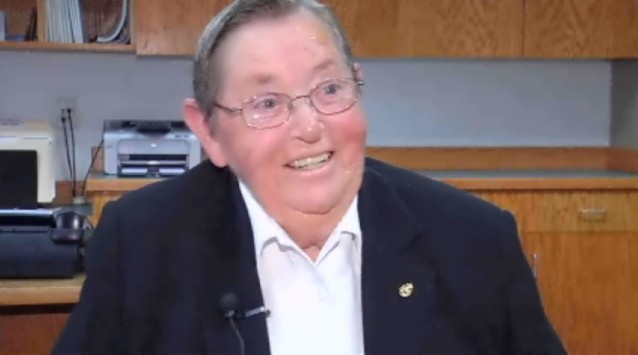 An Idaho veteran last week was told that her now-deceased wife wouldn’t be buried next to her in a veteran’s cemetery. But now a fellow veteran is offering up his spot in the Idaho Veterans Cemetery in the hopes that the couple will be able to rest beside each other for eternity.

Madelynn Taylor, 74, is a retired veteran of the U.S. Navy, serving for six years just prior to the start of the Vietnam War. She also happens to be a lesbian, who was discharged when she and another servicewoman told her superiors she was gay. Taylor fell in love with Jean Mixner in 1995. They married soon thereafter, though few states recognized their union at the time. When her partner died in 2012, Taylor began planning for her own death, asking the Idaho Veterans Cemetery to reserve a spot for herself as well as the ashes of her spouse. They denied Taylor’s request.