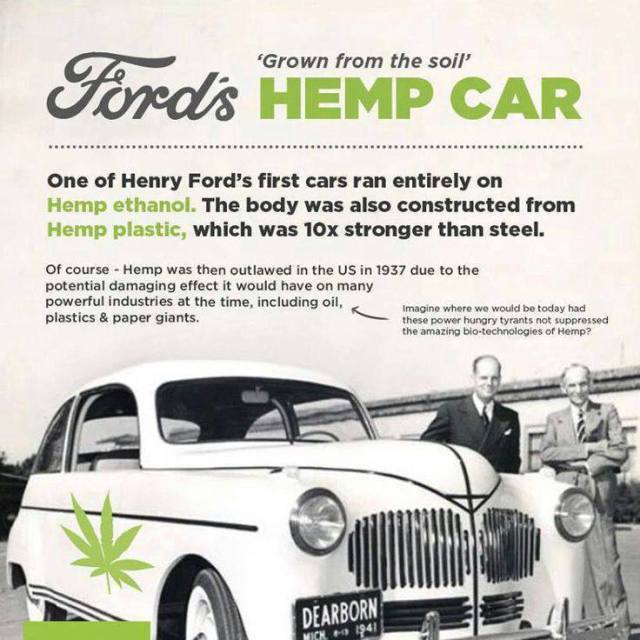 According to Popular Mechanics, Henry Ford’s first Model-T was built to run on hemp gasoline and the CAR ITSELF WAS CONSTRUCTED FROM HEMP! On his large estate, Ford was photographed among his hemp fields.  The car, ‘grown from the soil,’ had hemp plastic panels whose impact strength was 10 times stronger than steel.  Imagine driving a car made from plant fibers and that used plant-based fuel for operation?