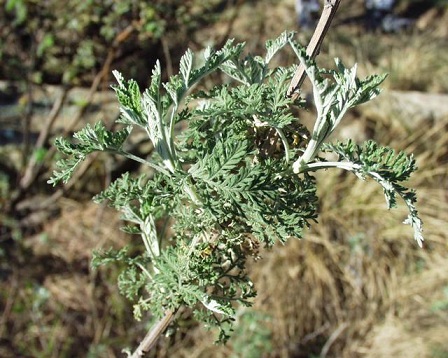 According to studies that were published in an issue of Life Sciences, artemesinin – a derivative of the wormwood plant used in Chinese Medicine – can kill 98% of breast cancer cells in less than 16 hours. The herb used alone caused a 28% reduction in breast cancer cells, but when paired with iron, sweet wormwood was able to eradicate cancer almost entirely. What’s more, normal cells were not negatively affected in the experiment by this treatment.

Artemisinin has been used in the past as a powerful anti-malarial herb, but it now has been proven to be a cancer-fighter, too. When subjects in the published study were given an iron supplement, which often accumulates in the breast tissue but especially so in cancerous cells, the artemisinin was able to selectively target ‘bad’ cells and leave ‘good’ cells alone.